This was a look that I did for another Dare by Enchantra through their blog,
This time the Dare was about making a fairy look with Sugarpill Loose powders.
Since I already owned a lot, I only asked for a sample of Tipsy and Tiara(later on I bought the Tiara at the Auryn showroom).

The products I used for the eyemakeup: 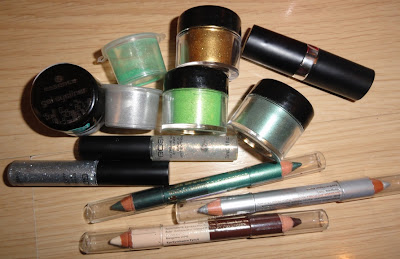 I already did a Fairylook once for Castlefest in black and red, so I decided to go for green, silver and gold this time. 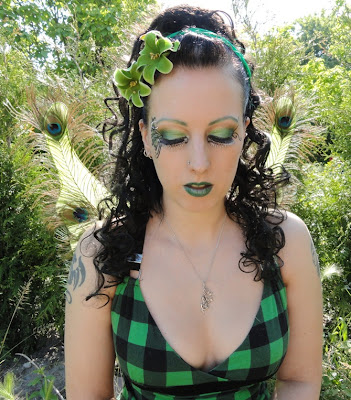 I started with Skin79 Diamond PrestigeBcream for an even toned skin. Then I used Catrice Illiminating powder Masquerade Ball(LE) and Essence Shimmer powder Famous Flamingo (LE) to get some shine on my face On my cheeks I used Sleek Rose Gold. 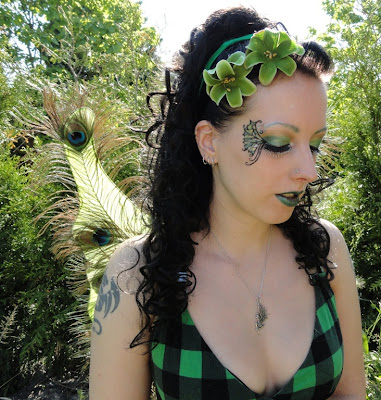 My face was really like softlooking and shimmery, but pictures were really hard to make. The sun was out and we got orbs everywhere on the pics! So on most pics, we didn't have the right lighting, but at least we got some pics without orbs. 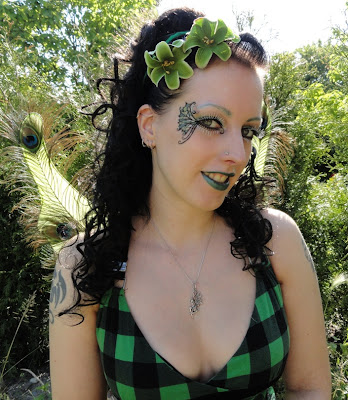 On my eyes I used Hema eyeshadowbase and Gosh eyeshadowbase(stick). I used the Gosh base also on my eyebrows. and then I used Sugarpills Tiara to shape them. Then I applied some silver Gosh eyeliner for some extra glitter. On the bottom of the eyebrows I added some Tipsy and Junebug(both by Sugarpill), for some extra colour. 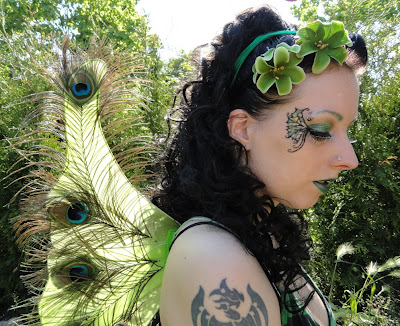 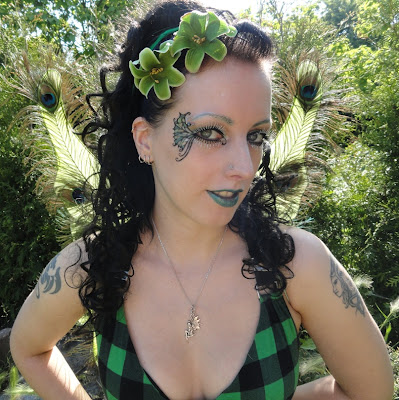 With the Essence gelliner Midnight to Paris, I drew a line above my lashes, and made a wing at the end. I also made this little curls on my inner eye corner, which somehow reminded me of a butterfly. Over this gelliner, I applied glitter eyeliner by Gosh. Below the eyes I again applied Tiara and Goldilux.  I then added a line with the gelliner. 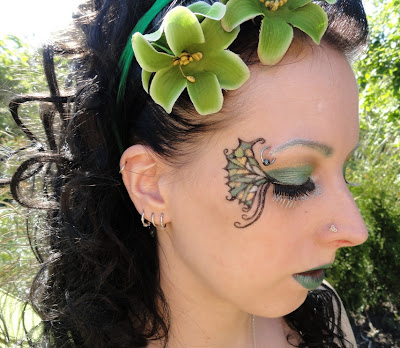 Then I took the gelliner again, ans drew a wing next to my righ teye, and some curly lines next to my left eye. With the Coastelscents eyeshadowpencils Emerald, Celestial Moon and Vanilla Chocolate, I filled in the little pieces of the wing. These are a bit sticky, so I could use them as a base. Then I used Tiara, Absinthe, Junebug and Goldilux to fill  the wing in. 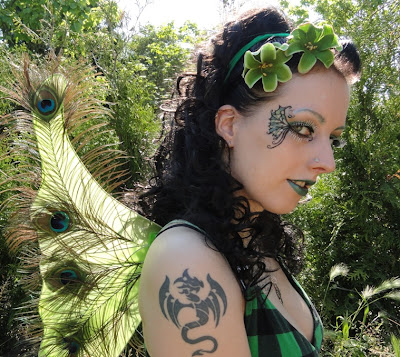 Then I once again took the glitterliner by Gosh, and drew over some of thelines of the wing. I did the same thing with the lines next to my left eye. 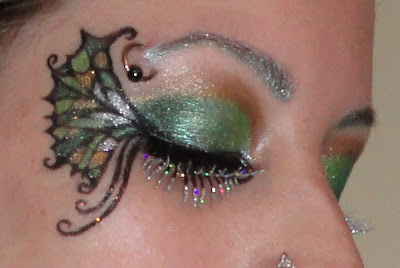 To make the eyes sparkle some more, I added these amazing lashes by Ardell, Pixie Dust. These have awesome holographic glitter in the sun, which is really hard to catch on cam, and look silver the rest of the time, with black roots.
Above, you can see a tiny bith of the awesome holo effect of the lashes. 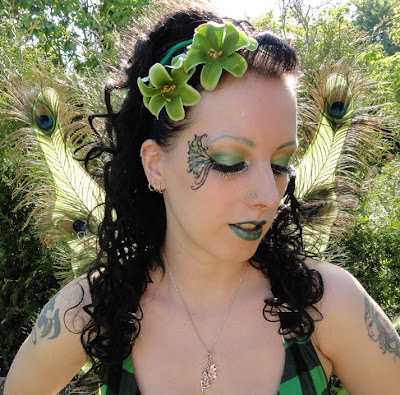 On my lips, I applied my first Morgana Cryptoria lipstick that I ordered for my Medusa costume and arrived the day that I did this look. It´s called Absinthe. 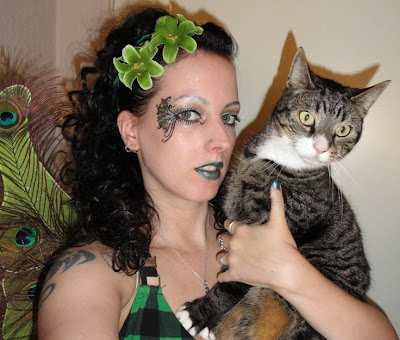 Ofcourse Loki wanted to be in the pic aswell :)

Lots of girls made awesome looks, which were all posted on Enchanting Beauty. After they were all posted, everyone could vote on a top 3. And....I won! Lots of people voted for me, which I think is really sweet, and ended as number 1. I never imagined that to happen! I want to thank everyone who voted, and ofcourse Enchantra for supplying the samples and this awesome Dare. :)
Posted by Jasmine at 7/26/2011